On June 25, 2019, Governor Pritzker signed the Cannabis Regulation and Tax Act (CRTA) which legalizes the sale, possession, and use of cannabis for recreational purposes in limited quantities by persons 21 years and older, beginning January 1, 2020.

As with medical cannabis, the Recreational Cannabis Act provides a limited number of licenses that the State will issue for cultivation centers and dispensaries. It is anticipated that the majority of the existing 55 medical cannabis facilities in the state will apply for “early approval” licenses to allow those dispensaries to serve both medical and recreational cannabis markets starting January 1, 2020. In State Police District 34 (DuPage County), there are currently three licensed medical dispensaries, one in Naperville and two in Addison. In addition to the one recreational license that will be available for existing medical cannabis distributers to have at their existing location, those business owners may apply also for a “secondary site” license which could be offsite elsewhere in the region. If allowed, one of these secondary sites may choose to locate in Glen Ellyn and could potentially start operation as early as January 1, 2020. After that, the State will issue licenses on a staggered basis through 2022. Municipalities may regulate or ban cannabis businesses in their jurisdiction but have no control over the licensing process.

The Village of Glen Ellyn may prohibit or significantly limit the location of recreational cannabis businesses by ordinance. The Recreational Cannabis Act itself prohibits a new cannabis dispensary from locating within 1,500 feet of another dispensary. If the Village chooses to permit recreational cannabis dispensaries within its borders, then it may designate the zoning districts within which cannabis businesses may be allowed as a permitted or special use and enact reasonable zoning regulations such as standards for off-street parking, signs, separation from residential or other sensitive uses, and hours of operation, among other things. In addition, the Act gives the Village the ability to decide if they wish to allow other kinds of cannabis businesses (cultivation, distribution centers, etc.) and if the use of cannabis will be allowed at the dispensary (such as a smoking lounge).

The Recreational Cannabis Act sets tax rates on both wholesale transactions by cultivators and retail sales by dispensaries. It also authorizes counties and municipalities to impose local taxes on retail sales including an optional tax up to 3%.

November 3, 2020 General Election ballot. The question asked residents, “Shall the Village permit the sale of recreational cannabis within Village limits?”

The cannabis referendum question results are as follows:

The results of an advisory referendum is non-binding, and governing bodies are not required to act in accordance with the majority opinion. 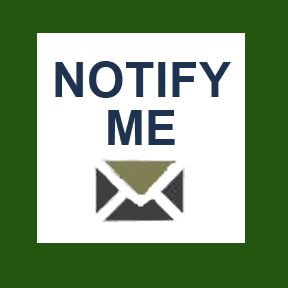 Sign-up through the Village website's Notify Me Tool to receive updates (via email or text) on this topic.